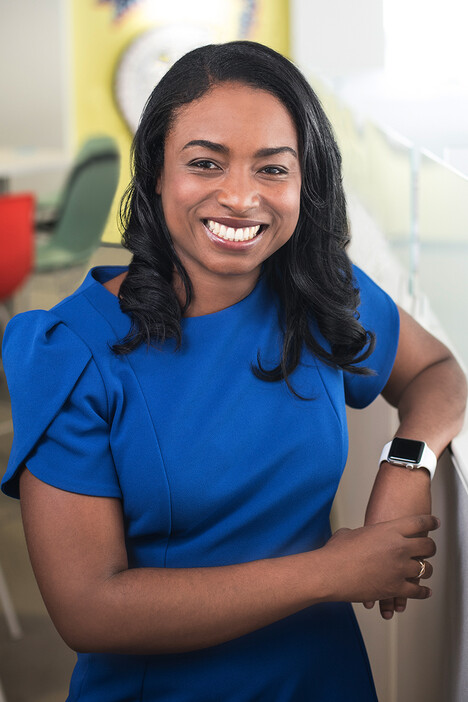 I worked in broadcast journalism as a line and topical producer. I worked for stations in Illinois, Arizona, Florida, California and Massachusetts. When our family grew to three, we decided it was time to settle down in one state and make Minnesota our home.

Some people don’t understand that news gathering begins on the local level. We need our local reporters out there working for local television, radio and newspapers. They are a part of the community, understand the community and will work to ensure that all important voices are heard, not just the loudest voices.

I would be on a Disney Cruise. I love cruise ships, especially when they take me to tropical destinations. Disney has mastered hospitality, and now that I have a toddler, it’s the best way to hit the high seas.

I would go to the 1963 March on Washington. When people talk about this day, they often focus on Martin Luther King Jr.’s iconic speech, but it took a lot of work to get to that moment. This march and his speech were in support of civil rights bills that transformed America. The way civil rights supporters organized, understood the power of media and pictures and used it all to create change is amazing. I would just want to be in the crowd asking questions and soaking it all in.

If I could have a dream dinner party, my great-grandparents and grandparents would be there. All of these people made decisions that ultimately led to my birth, my access to education and my fighting spirit. I would talk to them about the decision-making process, the good times, their hardships and what they think of our clan now.